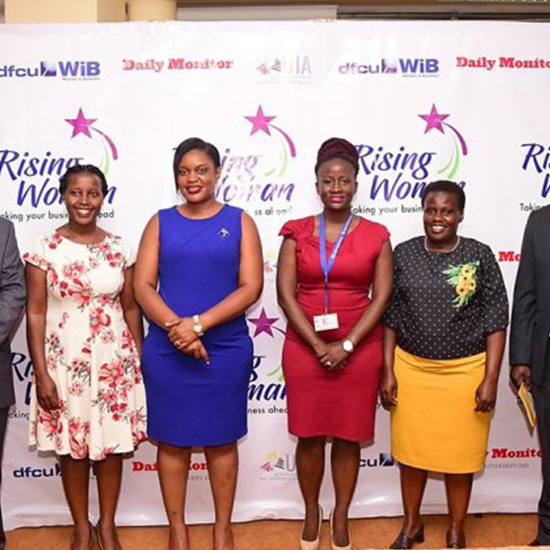 Dfcu in partnership with Monitor Publications Limited’s (MPL) flagship brand Daily Monitor and the Uganda Investment Authority-UIA, have launched the second edition of the Rising Woman initiative under their Women in Business (WiB) Program.

The initiative, which was started last year under the theme ‘Taking your business ahead’ is meant to recognise, celebrate and promote a culture of mentorship among female entrepreneurs in Uganda and targets local business women and small-scale investors.

Speaking at the launch event, which was held in June, dfcu Chief Executive Officer, Mathias Katamba called the initiative a “…fundamental step on the path to creating a financially-enabling environment for female entrepreneurs.” We work with women in diverse ventures to turn business ideas into realities which in turn become vehicles for change in communities. Running the WiB program helps us understand the financial needs of women and allows us to provide tailor-made solutions for them,” he added.

Johnson Omolo the General Manager for NTV Uganda said that as a media house, Nation Media Group has a critical role to play in providing a platform which brings visibility to ideas that are transforming the lives of the people in the different spheres and communities.

Uganda Investment Authority’s Director of Investment Promotion Development Division, Mrs. Shiela K Mugyenzi called the partnership a match made in heaven because it brings a combination of necessary resources to local women entrepreneurs.

To find out more on this initiative visit www.dfcugroup.com