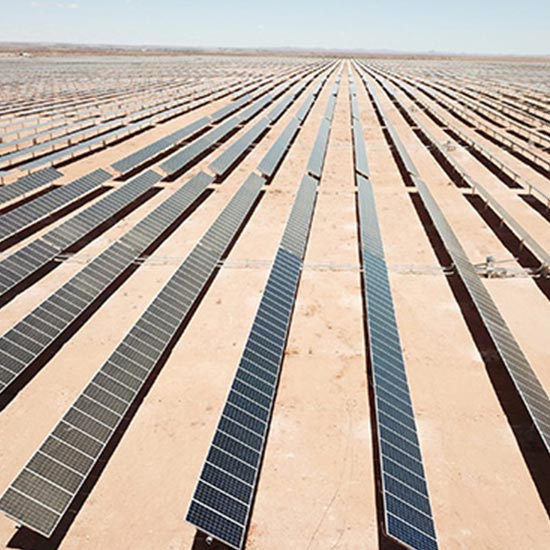 Scatec Solar, Norfund and partners have grid connected and started early commercial operation for two of the three facilities of their 258 MW solar power complex in Upington, South Africa. In February the two first facilities were grid connected, whilst the remaining solar plant is expected to reach commercial operation within the next few months.

The Scatec solar power complex, which is currently under construction comprises of  three facilities, which are  situated on adjacent plots, 25 km outside of Upington in the Northern Cape.South Africa has significant potential to increase the share of renewable energy in its energy mix and at present that country generates 93 % of its electricity from coal. However, increasing economic growth and a lack of investment in power plants have contributed to shortages in the electricity supply. Once completed the complex will provide clean energy for around 120 000 households and lead to the abatement of more than 600 000 tonnes of CO² emissions annually.

“We continue to develop renewable energy projects to support South Africa’s energy demand and we are ready to deliver new capacity, both within the utility scale segment as well as towards private customers in the commercial and industrial spheres”, said CEO of Scatec Solar, Raymond Carlsen,.