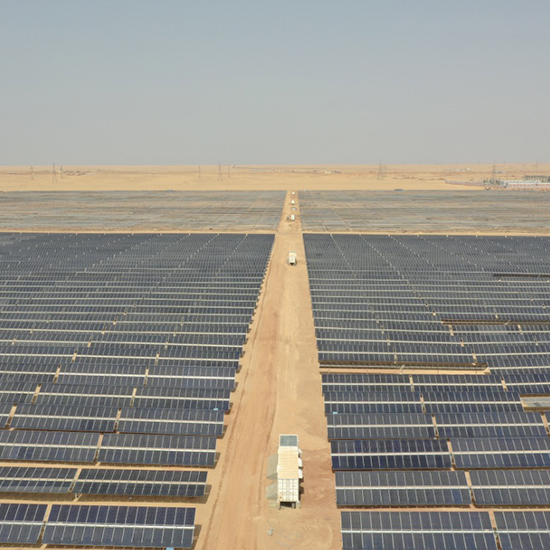 Norfund is pleased to announce that the 390 MW Scatec Solar solar project in Egypt was completed in October and will provide clean energy to more than 420,000 households in the country. Norfund, KLP and Africa 50 are investors in this project that forms part of the 1.8 GW solar park – one of biggest solar parks in the world.

In April 2017, Scatec Solar and partners KLP Norfund and Africa 50 signed a 25-year Power Purchase Agreement with the Government of Egypt for delivery of electricity from six solar plants, totalling 390 MW. The last of the six 65 MW solar power plants in Egypt were connected to the grid this week.

“Norfund is pleased that all the six giant solar plants in Egypt now are providing clean energy to thousands of households and businesses, and we are impressed by Scatec Solar’s efficient and professional implementation of the project. As access to energy is a prerequisite for sustainable development and the power sector is the largest global emitter of greenhouse gases, investments in clean energy is of core priority for Norfund”, said Mark Davis, EVP Clean Energy Norfund.

The project is the world’s largest solar plant to utilise bi-facial solar modules, capturing the sun from both sides of the panel to increase the clean energy generation. The estimated annual electricity production is 870 GWh, enough to provide energy for more than 420,000 households in Egypt. The solar plants will also contribute to avoid about 350,000 tons of CO2 emissions per year.