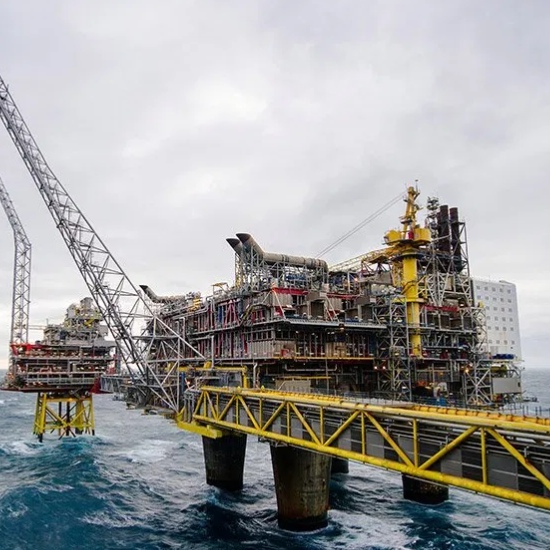 Are stranded assets becoming a risk for African lenders?

Africa is endowed with a tremendous wealth of hydrocarbon natural resources. Be it the coal fields of the Witbank, the oil fields of the Niger Delta, or the gas fields offshore of Pemba, there is no shortage of wealth buried beneath the African soil. It therefore seems unfair that African companies, governments, and people may not be able to enjoy the economic benefits derived from exploiting such resources, all because of greenhouse emissions produced by the developed world, and who have already reaped the societal benefits of having exploited their own hydrocarbon resources.

And yet, increasingly, this is a risk that African lenders will have to factor into their calculations going forward. The issue of “stranded assets” – assets that have suffered from unanticipated or premature write-downs, devaluations, or conversion to liabilities – due to concerns around climate change, has been discussed in academic circles for some time now. However, recent events reflect this issue is moving from theory to reality, and that Africa is in no way immune.

The first warning bell of stranded assets becoming a real possibility in Africa arguably came with the World Bank financing of the Medupi and Kusile mega-projects in South Africa. These two gigantic coal-fired power plants are expected to produce 4.8 GW of electricity each once fully operational. For context, if ranked as a country, each power plant would rank as the 116th largest national emitter of greenhouse gases. The resulting furore among local and international environmental NGOs and stakeholders led to substantial embarrassment for the World Bank, contributing in no small part to the World Bank’s subsequent announcement that they would effectively no longer finance coal power projects anywhere else on the continent or, for that matter, anywhere at all.

Perhaps the bigger surprise came more recently when the top five corporate lenders in South Africa began issuing restrictive coal financing policies. These range from “no new thermal coal power projects or mines under any circumstances” to “no new projects except under extenuating circumstances”, effectively putting a nail in the coffin of the government’s coal Independent Power Producer initiative going forward. While supply for Kusile, Medupi and other coal power plants will no doubt keep the South African coal mining sector’s head above water for some time to come, it is increasingly obvious that coal deposits not part of these existing supply chains are rapidly at risk of becoming stranded assets.

Many financial professionals would perhaps respond to the above warnings by pointing out that the South African economy and its corporate banking sector exist in a very different reality to the rest of Sub Sahara Africa. However, in a globalized world, and when dealing with an issue as far reaching as climate change, this reasoning becomes tenuous. The World Bank’s decision affected its investment policy across the continent, not only South Africa, and South African banks noted are major players in the rest of Africa as well. For example, following the publication of an open letter written by 263 NGOs and sent to 25 banks earlier in 2021, Standard Bank announced the suspension of its financing for the $3.5bn East African Crude Oil Pipeline (Eacop). Other international lenders will be no less immune from such pressures and, in many instances, probably even more at risk. Perhaps even more significant in the long term was the recent Dutch court ruling that Shell, a major player in the African hydrocarbon space and especially in Nigeria, is required to cut its greenhouse gas emissions by 45% by 2030 compared with 2019 levels – far more aggressively than what its executive team had proposed – which will force the company to make some very hard investment decisions going forward. While the oil giant expects to appeal this heavy loss, the climate lawyers are sharpening their knives and are now preparing to target numerous other fossil-fuel companies.

One can speculate that the retreat of Western and South African lenders from fossil-fuel projects on the continent may open opportunities for home-grown African lenders and perhaps for other sources of finance, such as China. However, it is unlikely to be so simple; ESG impact investors, whether backed by private equity or development finance, are likely to have an increasing stake in African financial institutions. African lenders may prove to be as exposed to reputational damage by local and international NGOs as their South African and European counterparts. Lending from China is increasingly controversial on the continent and even China is becoming increasingly aware of the reputational issues associated with environmental and social impacts of their international lending activities.

It is estimated that limiting global warming by 1.5 or 2 degrees Celsius will require one-third of the global oil reserves, half of the gas reserves, and over 80 percent of the global coal reserves, to be stranded. The cost of such write-downs has been estimated at $900bn for the 1.5-degree target. In such a scenario, Africa as a latecomer to the fossil fuel boom may find it increasingly difficult to finance the exploitation of its hydrocarbon assets. The impact of this may be felt not only by the parties directly exposed to these assets, but to entire supply chains and even (for some countries), by the entire economy.

What course of action should African banks take?

What course of action should African banks and their boards be taking? Likely, the obvious action will be to demonstrate to shareholders that boards are applying their minds to strategic issues such as stranded assets, and the potential impact on their operations. Fortuitously, an established global framework exists for undertaking such analysis and provision of guidelines for reporting to shareholders and stakeholders. In 2015, the Financial Stability Board (FSB), the international body charged with monitoring the global financial system, established its Task Force on Climate-related Financial Disclosures (TCFD). The TCFD’s final recommendations, released several years hence, have been specifically designed to solicit “decision-useful, forward-looking information on the material financial impacts of climate-related risks and opportunities, including those related to the global transition to a low-carbon economy” (so-called “transition risks”, which are of particular relevance to banks operating in countries heavily exposed to fossil fuel developments).[1] TCFD disclosures are, in fact, now widely used in mainstream financial filings by organizations with public debt or equity in G20 jurisdictions.

It is increasingly likely that African banks, and other large African corporates, will receive requests from existing and prospective investors for their TCFD disclosures. The best advice for banks and their boards is to treat the issue proactively, move ahead of such enquiries in considering exposure, whether direct or indirect, to climate-related transition risks, and to integrate this thinking into long-term risk management processes. The alternative is to try deal with such enquiries at the last moment during capital-raising exercises; and possibly to be caught exposed to such risks if or when they materialise. Fair or unfair, global markets have a way of forcing their own logic on African economies. Governments, and lenders, will ignore these emerging realities at their peril.