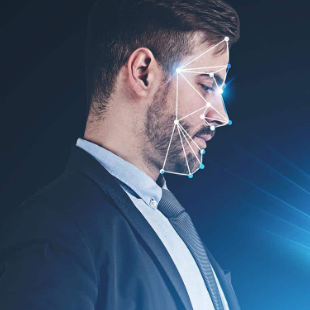 African fintech iiDENTIFii, scooped first prize at the 2022 KPMG Tech Innovator in Africa Awards.  Following the incredible success of the inaugural competition in 2021, KPMG called on tech innovators across the continent to bring their innovations to the table with the aim of not only highlighting new technology breakthroughs that transform and revolutionize businesses in diverse industries but to identify those businesses truly leading the pack.

After a lengthy competition process, iiDENTIFii was announced as the winner of their Tech Innovator in Africa Awards. The company was commended for its level of innovation and disruption, long-term potential and the quality of its pitch, which set them apart from its competitors.

“The entire iiDENTIFii team is honoured to have won this prestigious competition. We’ve been inspired by all the world-class innovators who were in the running throughout Africa,” said Lance Fanaroff, Co-Founder and Chief Strategy Officer of iiDENTIFii.

“Our team has worked hard to make innovation a consistent thread throughout the business, and we are grateful for KPMG’s commitment to tech trailblazers. Africa is ripe with innovation and this competition truly showcases Africa’s leading tech innovators on a local and global scale – demonstrating the impact that the fastest-growing tech innovators are having across the globe”, he added.

“We opened the competition in February 2022 and had an overwhelming response with 159 applications from across the continent – almost double compared to the number of applications received in 2021.  This demonstrates not only the growing tech innovation in Africa but indicates the appetite for African tech businesses to be recognized and scale their operations for the greater good of the continent and its people,” said Alan Barr, Partner and Head of Private Enterprise at KPMG.

“It was great to see the shift in innovations this year and how African businesses have used the challenges of the past two years to truly define their strategies and ensure they have adapted to what the market wants and needs,” concluded Barr.