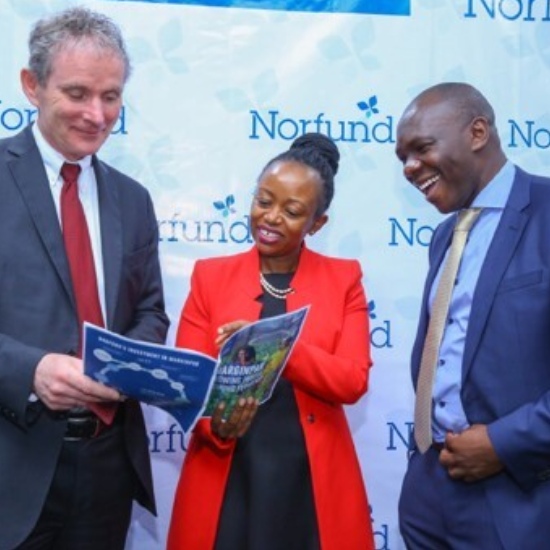 While foreign direct investment in developing countries fell by 12% in 2020 because of the pandemic, Norfund increased investments by 20%, to a record of NOK 4,8 billion. The COVID-19 pandemic caused one of the worst economic setbacks for the world economy in history and has halted the progress towards SDG 1 – No poverty.

According to an UNCTAD Investment Trends Monitor global foreign direct investment (FDI) collapsed in 2020, falling 42% from $1.5 trillion in 2019 to an estimated $859 billion. Developed countries had the largest decline, but vulnerable economies of developing countries were also hit hard. FDI flows to developing economies decreased by a total of 12 %, and in Africa by 18 %.

Despite this, Norfund made record high investments in 2020, investing NOK 4.8 billion in developing countries. This is an increase of 20% from 2019, when total investments were NOK 4,0 billion. Norfund’s role as a countercyclical investor is more important than ever.

“In demanding times such as during the current pandemic, it is particularly important that Norfund can invest “against the flow”. We are very pleased that we have been able to contribute in this way to securing existing jobs and creating new jobs”, said Tellef Thorleifsson, CEO, Norfund.

More than half of Norfund’s investments in 2020 were in Africa. We have seen that we can make an important difference, among other things through contributing with capital to companies that have needed to invest to adapt to the new reality because of COVID-19, says Thorleifsson.

In 2020, Norfund also agreed on the largest exit in the fund’s history, with the sale of SN Power to Scatec for NOK 10,9 billion, which gave Norfund an annual return of 19%. The investments of NOK 4,8 billion are more than two and a half times the total 1.85 billion that Norfund received from the state budget in 2020.

We see that Norfund can use development aid effectively to help create jobs and fight poverty by exiting when we are no longer needed and reinvest the capital, concluded Thorleifsson.