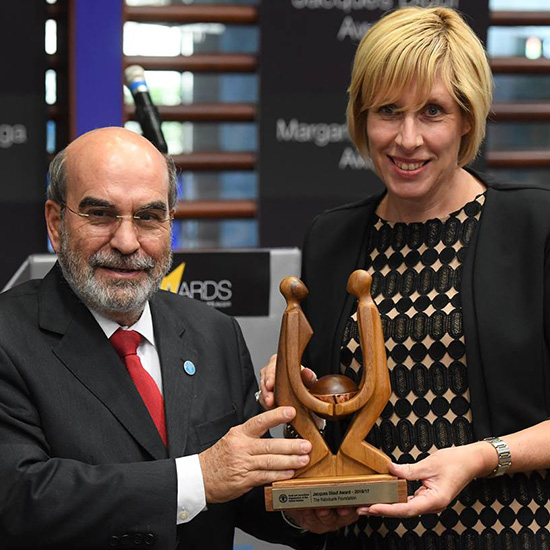 We are pleased to announce that the Rabobank Foundation received the FAO’s international Jacques Diouf Award on 5th July. This is recognition for the foundation’s many years of work and dedication. Rabobank Foundation was presented with the award for its efforts to support and economically strengthen small farming communities in developing countries.

The FAO Awards, an initiative of the Food and Agriculture Organization of the United Nations (FAO), are presented annually. The recipients of the award include individuals, institutes and organisations that make a substantial contribution to helping resolve the global food issue. Rabobank Foundation now has a place on this distinguished list of winners as a recipient of the Jacques Diouf Award 2016-2017.

‘Rabobank Foundation believes that impact also means doing things other organisations do not do yet. We are often the first and only financier and this award greatly encourages us to keep doing this’, said Boogaard.