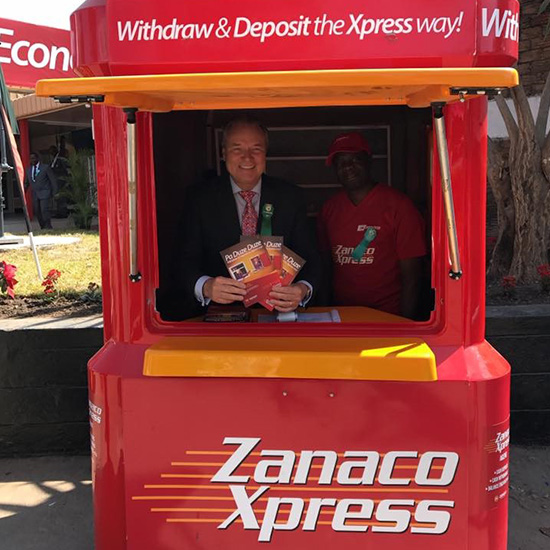 Zanaco will rollout 3000 Zanaco Express agents/booths in the next three years aimed at making banking more accessible to the public. Zanaco Chief Executive Officer, Henk Mulder said the bank had launched the agents/booths at the 91st Agricultural and Commercial Show that was held in Lusaka this month.

Speaking at this event, Mulder said that the agents, who operate these express booths are Small and Medium Entrepreneurs (SMEs) and that this initiative was one way of empowering them.
“We have launched the new Zanaco Express agents/booths and it is our aim to expand in the next two to three years. At present we have in excess of 500 agents/booths but we plan to increase to over 3000 agents/booths in the coming years” he said. He added that the booths would act as a bank where customers can withdraw and deposit money thereby, making banking more accessible to people at grassroots.

Mulder said that this initiative would also increase Zanaco’s presence and bring banking services closer to the people. He said the bank was committed to empowering the SME sector in Zambia because they are the engine of growth. He concluded by saying that the bank actively supports the agriculture sector and would continue to do so.