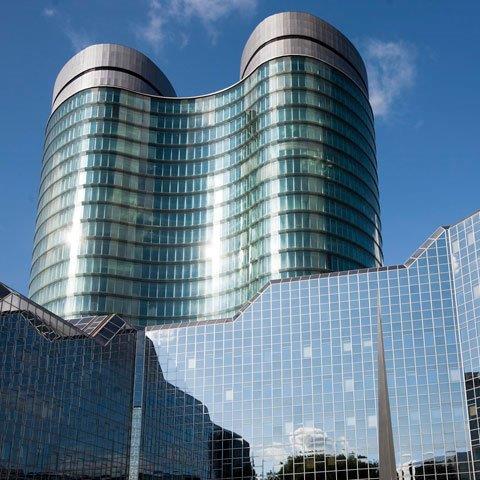 Fifteen of the world’s largest institutions, including banks, trading companies, an inspection company and an energy major have formed a new venture known as komgo SA, that will seek to digitalise the trade and commodities finance sector through a blockchain based open platform. The founders of this new company, managed and operated as an independent entity, include companies from: ABN AMRO, BNP Paribas, Citi, Crédit Agricole Group, Gunvor, ING, Koch Supply & Trading, Macquarie, Mercuria, MUFG Bank, Natixis, Rabobank, Shell, SGS and Societe Generale.

“The launch of komgo SA highlights a shared vision for industry innovation and underlines the ongoing commitment among members to build a truly open and more efficient network within commodity trading”, said Souleïma Baddi, Chief Executive Officer of komgo SA.

The core team of the two successful blockchain based Proofs of Concept (PoC) previously tested in energy and soft commodities trading have joined komgo SA to develop a decentralised Ethereum blockchain based platform.

“The potential that distributed ledger technologies (DLT) have in transforming the commodities sector is clear as evidenced with the success of the Easy Trading Connect experiments” said Toon Leijtens, Chief Technology Officer of komgo SA. “We can now achieve a long-term ambition to improve security and operational efficiency in the commodity trade finance sector.”

The platform will be developed in partnership with ConsenSys, the largest formation of technologists and entrepreneurs building applications, infrastructure, and solutions on the Ethereum network. Joseph Lubin, Co-founder of Ethereum, and Founder of ConsenSys said “We are now entering a new era of simple and inclusive access to blockchain technology to advance stronger, more collaborative, business relationships previously out of reach. We are thrilled to see leading commodity trade finance banks and commodity houses come together to create komgo SA, which will radically simplify and accelerate trustworthiness, auditability, and accessibility to trade financing across the industry.”.

komgo SA is a secured platform that is part of an emerging global ecosystem aiming to optimise the whole flow of physical commodity operations.

komgo SA will start with two products, expected to launch before year end. The first one will standardize and facilitate KYC process without using a central database: the exchange of documents will be executed in an encrypted way over the blockchain on a need to know basis. The second product will be digital letters of credit, allowing commodity houses or other platforms to submit digital trade data and documents to komgo SA customer banks of their choice. Due to a strong overlap of shareholders between komgo SA and VAKT, incorporated in 2017 to develop a blockchain based post-trade processing platform for commodities, the two companies will explore synergies between both platforms moving forward.

komgo SA has been incorporated in Geneva, one of the main worldwide commodity-based clusters, and benefits from the strong support of the Canton de Genève.